[ERROR]: is not in your groupfile, please correct when using count.seqs

I started mothur by following the SOP with the example data downloaded from the wiki page. I run exactly the same commands (except te parameter processors):

At this point I found an inconsistency in the # Seqs: in my case it was 152307 compared to the 152360 shown in the example of the wiki. The numbers should be exactly the same, right? I continued anyway

I am not able to reproduce the issue you are having on my test machines. Could the virtual machine be running out of disk space or RAM?

Why would that affect the # Seqs or NBases? At the moment there is enough disk space, how can I test for issues with RAM?
Thank you!

Did you build the mothur executable yourself or are you using our prebuilt linux executable?

Have you tried running mothur natively on your machine instead of on a vm?

I had the same issue with count.seqs command. I have attached the log file 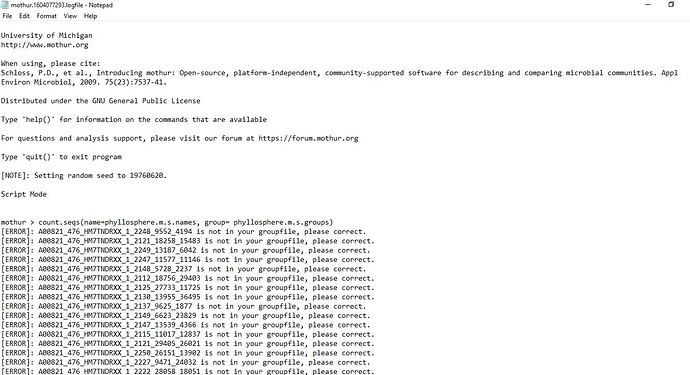 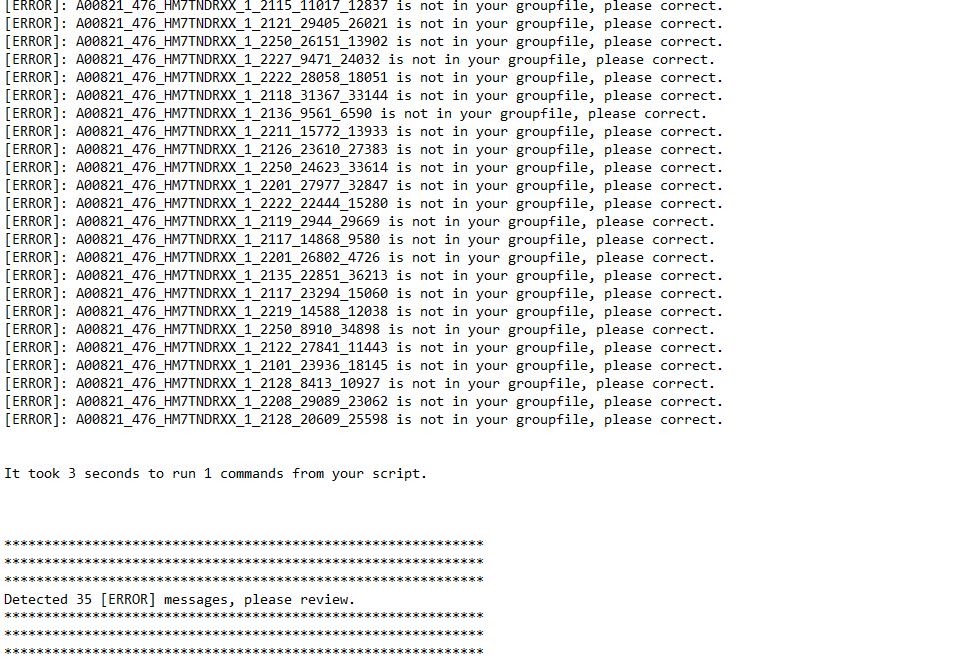 Can you post this to a new thread? The one you posted to is 18 months old. It would be nice to also know where/how you are generating the names and groups files